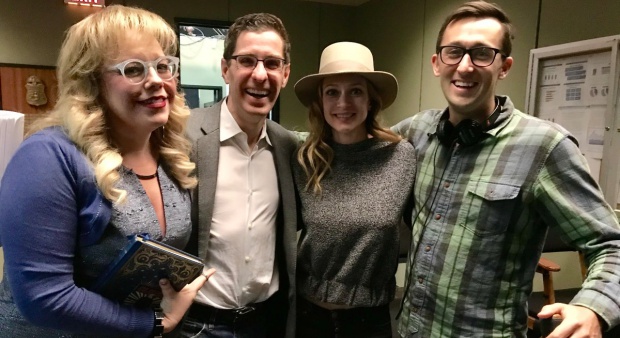 This terrific human you’re about to meet has been with Criminal Minds since 2015, starting out as Assistant to Breen Frazier, and is now Script Coordinator for the show. As you may know, he also co-wrote the latest episode, Chameleon, with Breen, and suffice it to say it was an instant hit across the boards. He was kind enough to answer questions about himself and about the show, so here’s hoping we see more from Charlie sooner rather than later!

TJ: Hi Charlie! Thank you so much for taking the time to talk to me today. I’d like to start by asking you something about yourself. Can you tell us where you’re from? How did you end up in Los Angeles?

TJ: When did you realize you wanted to become a writer? Was there an “Aha!” moment? What brought you to Criminal Minds?

CD: I remember it well… It was during a 10th grade physics lesson on rotational inertia. Out of pure boredom, instead of taking notes I started jotting down ideas for a Seinfeld episode in my notebook. I then shouted “Aha!” and the room applauded… or at least that’s how I remember it. I got onto Criminal Minds through Breen. He was my writing mentor out of grad school and hired me as his assistant in 2015.

TJ: Who do you read or what do you watch when you want to be inspired in your writing?

CD: Lately I feel like Malcolm Gladwell is all I read.  Normally I prefer books with pictures or at least rhyme but his books make you think you understand the world better. Even if it’s not true, the confidence helps with writing.

TJ: Briefly walk us through your process, if you can. Do you have a routine or does your approach depend on the project?

CD: In order to start writing I need to eat lots of salami and waffles and put on my hockey pants and lucky polka dot pajamas…. just kidding. I usually wait until there’s no one left at work then lock myself in my dark windowless office and don’t come out until something fills up the page or the cleaning crew comes in to vacuum at 5am.

TJ: Is there a favorite Criminal Minds episode that comes to mind from any season?

CD: Entropy is definitely the most memorable. Mostly because I was with Breen through all 6 or so drafts and through shooting.  He tore down and rebuilt that story so many times which is why it came out the way it did.  It was chaos but there is not one wasted line in that whole script! Also I like Entropy because I had a small cameo. Brings a tear to my eye… 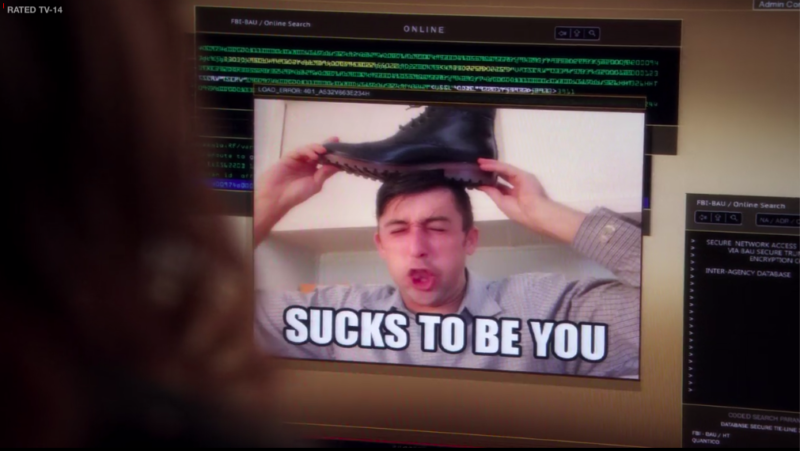 TJ: Ah, I remember it well! 😀 How did you pitch Chameleon, and how was it working with Breen as co-writer?

CD: I’ve had the incredible privilege to be able to work with Breen for 4 seasons and have a window into his process. He’s an exhaustive rewriter. Most CM writers usually stick with their initial idea. Breen’s a fan of rebreaking the episode with each draft, which is why his episodes usually have deeper storytelling. Chameleon was unique because it was smooth from the get-go. Breen had the idea of Rossi recounting a case through flashbacks in the Sick Day model. We landed on a Casanova con man UnSub, using the character from The Stepfather (1987) as a template. Then Breen came up with the misdirect of Grace being the UnSub’s daughter. Once we had those three elements, it all came together quite smoothly. With each draft, I’d do a pass, then Breen would clean it up. I’ve never had so much fun!

TJ: How do you feel about season 15 being the end of CM in its current iteration? Do you feel there’s a future for the show, possibly via a different platform or network?

CD: I don’t feel good about it. I love all these people. I don’t want it to end. 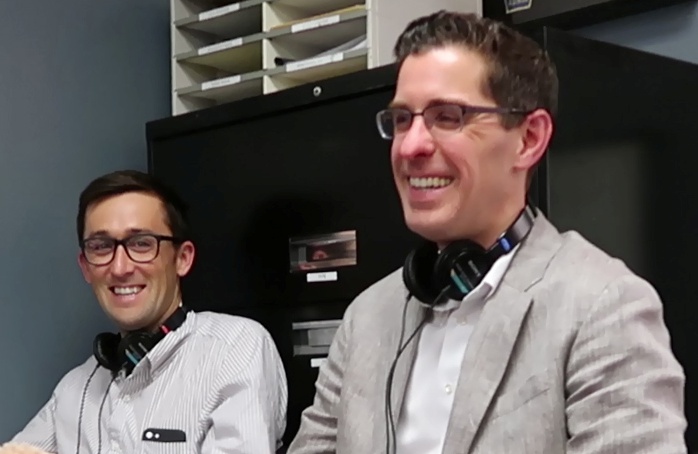 TJ: What are your goals for your ideal future?

CD: Since I found out what a showrunner was, I knew that’s what I wanted to do. The more chaotic the work is the more gratifying it is for me and no one faces more chaos than the showrunner.

TJ: Writers often say they leave bits of themselves on the page. How did you personalize this episode?

CD: Writing dialogue for Garcia was gratifying. I’ve seen a lot of Kirsten’s plays and her ability to improvise always makes me wish I was able to charm on-the-fly the way that she does. Being able to write for her felt like I was living that dream! 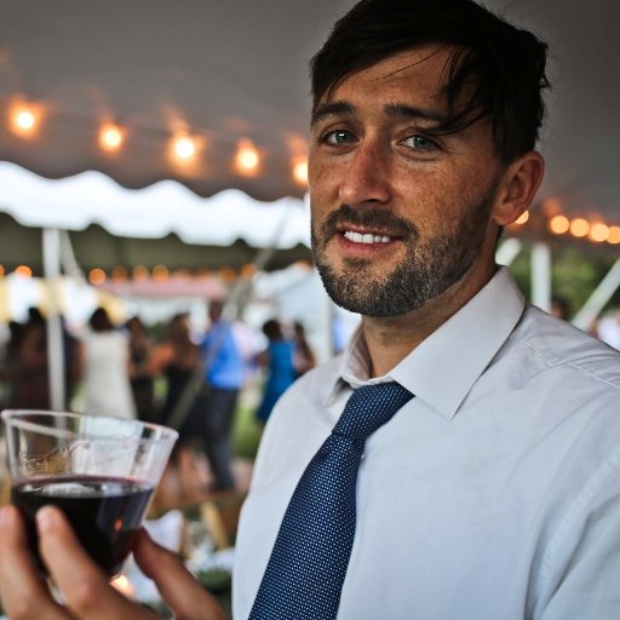 TJ: Did you write the Garcia line “In Little Rock looking for a little rock…”?

CD: I did write the Little Rock line! I somehow convinced Gubler that the only reason we set the episode in the south was to service that joke. He was very impressed.

CD: It’s like comparing apples with brussel sprouts. Every MCU movie is good. How they can converge 4 billion dollars of storylines into one film… it’s just so epic. With DC, I loved Wonder Woman and the Comic Con trailer for Suicide Squad, but that’s it.

TJ: SO agree with you, there. What is one thing you’re really good at that has nothing to do with writing?

TJ: Is a hot dog a sandwich?

CD: With practice, a hot dog can be anything it wants to be.

TJ: xD If you could write for any actor (living or not) to guest star on CM, who would you choose? Why that person?

TJ: Is there any dropped storyline that you wish hadn’t been? How would you have resolved it?

CD: In season 12 they were thinking of doing a season-long arc of the BAU’s Most Wanted where they re-caught the 13 serial killers from the prison break. In the end they just did Mr. Scratch and Tommy Yates because of the Reid prison story. The Reid arc was so badass, so I guess I’m glad they moved away from the original idea.

TJ: I’m glad too. The prison arc was torture but really gripping and good storytelling. What was it like working with AJ as director – both of you first-timers experiencing it together? 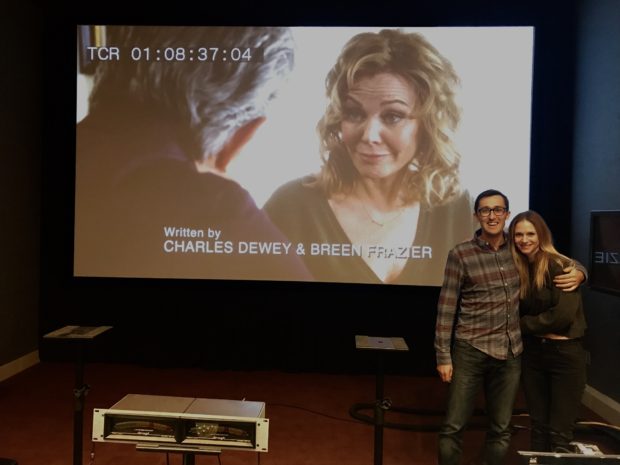 CD: AJ came in with a specific vision for the episode but was also a sacrificial collaborator. She wanted to know everyone’s opinion because all she cared about was making the episode the best it could be. Once we started filming it was amazing to watch her in action. She’s a great leader and such an endearing person to be around.

TJ: Was there a standout moment as Chameleon was being shot? What impacted you the most seeing your words translated to the screen?

CD: Two scenes come to mind. The montage where Rossi and Krystall are observing the UnSub and the scene where the team finds the dozen faces on the furniture. Due to the complexity I expected both of those scenes to be cut or simplified – but they weren’t! It was surreal watching AJ and the production team bring them to life. 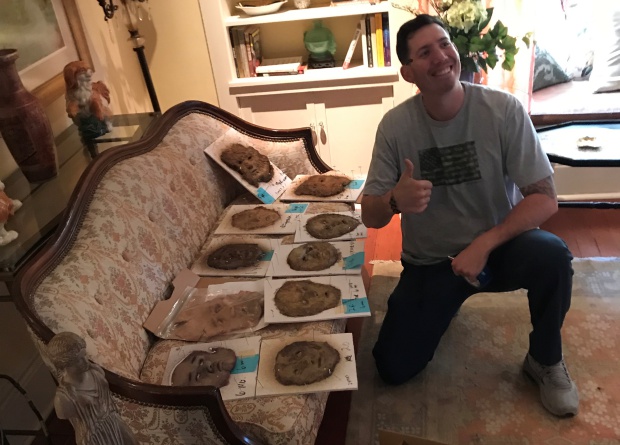 TJ: It’s no secret to anyone who watches that Criminal Minds has dark themes. How do you clear your headspace and purge the grim subject matter? You seem like such a happy dude!

CD: I am a happy dude! It’s not as hard as you think. When you work with kind and considerate people, the subject matter is sort of irrelevant. It all stems from Erica Messer. Her kindness and generosity set the tone for every department, hence there’s no room for negativity or drama.

TJ: We hear that a lot about how Erica runs things, it’s nice to hear again. Okay, say you could write the final line of the series. What would it be?