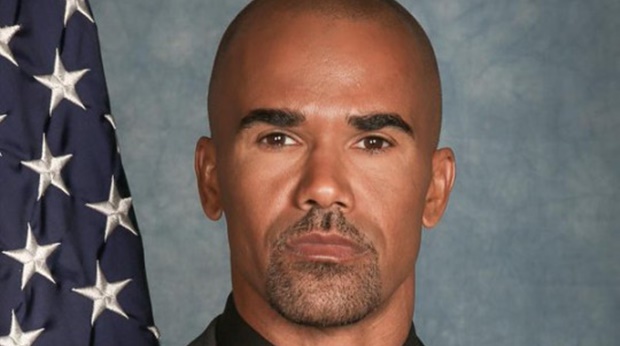 “I love you so much and I appreciate all you do. Will you marry me?”

Well, now. That was something.

Picking up right where we left off last week with Derek’s drugging and subsequent abduction, we see our hero uncrated in an isolated locale (?), strung up in the Jesus pose, and electrodes stuck to his amazingly perfect chest. His vacant stare is the only indication that he’s conscious, and our UnSub helpfully declares him ‘disassociating himself from the pain he knows is coming’. Yep.

This is an important episode, so it was somewhat frustrating that it wasn’t completely clear to me why they had him, and even less clear why they were torturing him. Torture is usually a means of getting information from a resistant informant, but they didn’t even ask Derek any questions. It seemed to be just about inflicting max pain prior to killing him – yet apparently these bad guys weren’t serial killers, but wayward trained assassins. I imagine we’ll find out what the hell’s going on in the next few episodes, as fans suspect this is Shemar’s long-discussed exit arc. The scenes with Morgan talking with his father were well written and felt genuine – well-acted by both men. The inclusion of the excellent Danny Glover was welcome if a bit mystifying… why would Morgan Sr. have aged? Shouldn’t he still look as his 10-year-old son remembered? It’s understandable though, if you consider the writers probably wanted him to cast a ‘fatherly’ vibe, and that would’ve been difficult with an actor younger than Shemar playing the role.

Thomas’s direction was gorgeous. He’s developing a very saturated visual style, and it’s as impactful as it is beautiful. I always love the emotion he’s able to draw out of his fellow actors, and MGG was especially effective in his short scenes, his face and body language registering every bit of intense concern and fear for his ‘big brother’. Loved too, that he was point man in the takedown. AJ was perfect in bringing out JJ’s consternation, and setting the tone for the ‘controlled panic’ level they were all operating on.

I would have liked to have seen more from Garcia. She kind of took a back seat to Savannah, and while some would say that’s appropriate for her lessening role in Derek’s life, I missed her having at least one worried crazy-pants moment. And not even a hug for her sculpted god? C’mon, she practically gives hugs for a living! I did appreciate her calculated professionalism and her determination while they were searching – that was more old-school Garcie and it’s always nice to see.

Well, so Savannah’s knocked up. Not sure what I think about that because while I find her charming, capable, and beautiful… her and Shemar’s chemistry isn’t exactly off the charts. Don’t get me wrong, I want the ultimate end of the series to see ALL of our team having a fitting, happy ending… buuuut, I kind of always thought he’d end up with his Baby Girl. And it may still happen – something awful could happen to Savannah and that may be why he ultimately decides to leave, but I doubt it.

To me, Savannah is to Derek what Will is to JJ; a convenient, lackluster pairing solidified by offspring, while their true soulmates (Penelope and Spencer, respectively) languish on the sidelines. I put up an informal poll on twitter to gauge who was feeling what regarding Morgan and Savannah, or Morgan and Garcia, just to take a fandom pulse after the show aired. Here’s the results with still 5+ hours to go: All in all, I think Breen has given us a loaded tip of the iceberg here, and it was an enjoyable episode that I’ll revisit. I felt his voice most influential in the scenes between Morgan and Hank, and I’ll go on record in saying they were my favorite parts of this episode. Those, and the Reid scenes, of course. 😉