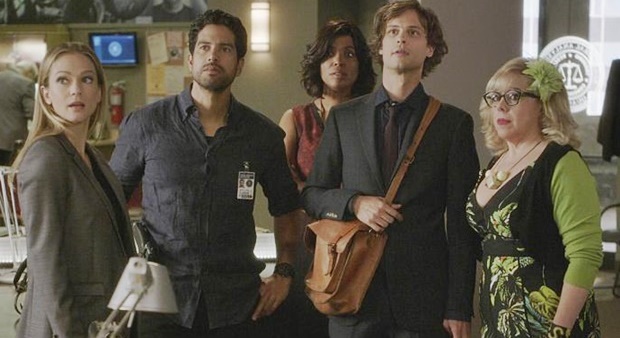 There’s a lot to cover in this episode, so let’s get to it. Right off the bat, the issue of why Hotch is gone gets addressed, and it’s a welcome solution, indeed. Rossi’s calm delivery of Aaron’s decision to take himself and Jack into Witness Protection was the right way to go, and I breathed a sigh of relief that they weren’t going yet another week without letting us know what happened.

I’m of two minds about the WP solution, because I would have been just as accepting if they had decided to kill Hotch. The real life dustup and Thomas Gibson’s apparent laissez-faire attitude since then have tainted the character for me, and I would not have been grief-stricken if they’d removed Hotch from the show’s current narrative altogether because of it. Still, I’m as accepting of this solution as I would have been the other, and if the show lasts another 5 seasons, maybe they’ll catch Mr. Scratch by then. 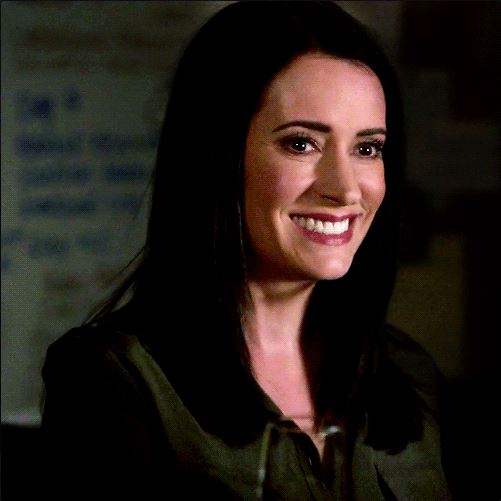 I liked how they showed proper respect to the news, but didn’t let it overwhelm the episode, or Emily’s ascension to Unit Chief. Her stepping in has been the perfect solution since all this went down, and I was glad to see the team be able to celebrate her and welcome her home without being bogged down by tragedy. None of them had any issue with Prentiss taking the mantle, and Paget played it with just the right amount of gravitas, and low-key emotion, while still flashing her big Emily smile (because hey! This is really cool), and warm support and hugs were given all around.

Getting into the episode, I felt such a huge Stranger Things vibe throughout, it was distracting (1983! Kids on bikes! One kid always eating! “Frakking!”And I can’t help but think the physical resemblances to the ST kids were deliberate). Gubler directed this episode, and his unique style was evident in the lighting, the coolly striking camera angles, the attention to detail (and the Easter Eggs! HOORAY! Were those Matthew’s glasses the Sheriff was wearing? And hey howdy John Gubler! Wonder if it took much convincing for Gube’s DAD to pose for the original UnSub pic. And were those red turtlenecks the twins wore in the family photo? Will red turtlenecks ever be safe again?), the spookiness of the now adult twins, and the sweet, Mosley Lane-style ending (although I would have liked to have seen more of the parent’s terror, conflict, backstory. I didn’t care about them as much as I could have). I love most all of MGG’s directed-eps, and Elliot’s Pond is now in the top three for me.

Did anyone else get a Boo Radley vibe from Jimmy, the red-herring guy with the blue pickup who preferred hanging out under his sink? He even dressed like Boo. I wondered why, after LLE identified him in the kids’ movie, that they didn’t mention that he was a bit soft in the head? Did I miss it?

The Garcia/Rossi exchange was nice, if a little blurty. I liked Rossi checking in on her, because it’s definitely something he would do, and she would totally be honest with him like she was. What I didn’t care for so much was the ‘I love you’. I get that they meant it as a friendship love, but it seemed more like something that would be said in person, not over the phone and not on a work line, especially. Both Mantegna and Vangsness have incredibly expressive faces and it would have really worked in a scene where they both were present.

Fully realizing there’s a lot of editing, but dang. WHY weren’t the twins arrested for kidnapping immediately after the kids got out safe? They creeped back downstairs and did some weird petting until the older brother came downstairs and just… sat. I have to confess I teared up at that part. He was just as lost as they were, and now maybe there was a chance for some semblance of healing. But why didn’t they ever just leave or venture out after John Gubler died? And did the brother twin come down with Alopecia? There was nary a hair anywhere on him that we could see, but no explainy for that. Neither of them seemed particularly crazy or dangerous, just… brainwashed and helpless.

Oh! One more thing I wanted to mention. When they went to Jimmy’s house and knocked on the door, then panned down to the doorknob from the inside, my gut said “Alvez is gonna kick that shit in.” But NO! He just turned the knob and it was open. His “Small town.” explanation tickled me because I realized I’d been conditioned by years of Morgan doing just that, and Erica (or MGG) knew we’d all be expecting it! Good times. 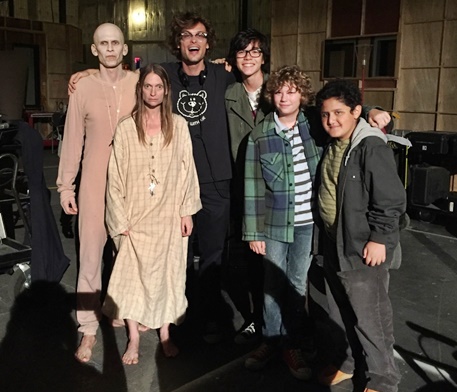 It really felt like this episode hit all the right beats, and helped me to move forward. Matthew was incredibly present and deep into Reid in all of his scenes, and considering he directed too? Kudos given, and well-earned. All of our wonderful actors did an excellent job in honoring their absent and now former team leader by their heartfelt gestures, the looks on their faces, and their sincerity that came through loud and clear. They set the tone for us, as they needed to do, and now we can look ahead to what comes next for our beloved BAU.

In two weeks, it’s Mirror Image, and Tara gets a backstory focus episode for once! BRING IT!