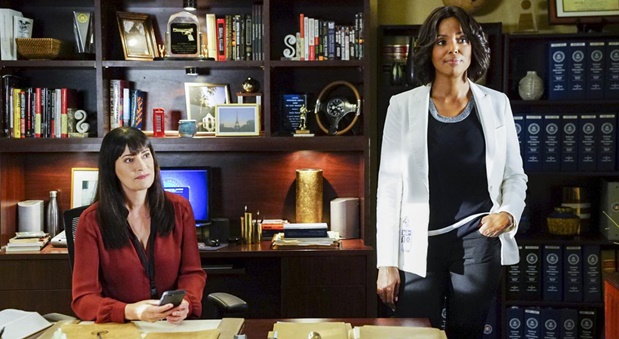 REVIEW for Criminal Minds Episode 13×02, “To a Better Place”

Too much UnSub this time around didn’t hamper my enjoyment of this episode, and most of that was largely due to Rossi. For most of his lines I was expecting a rimshot to follow, he was so quippy. As fun as it was seeing Rossi doing his best Buffy impersonation, the Reid segments were what really brought home this episode for me.

Much had been discussed in the fandom if we were going to see the repercussions of Spencer’s “anno horribilus”. There was concern that due to time constraints, it might be glossed over, and I was heartened to see that we are going to be taking that journey with him (and Tuvok!). Reid’s 13-year arc is one of the most extensive in the history of serialized television, and his character growth is off the charts, even when the growth isn’t in the direction fans would always choose for him. Further delving into his psyche and his behavior (including struggles) as a result of his experiences can only enrich his character, and increase our investment in him, and our viewing enjoyment, exponentially.

His mastery of his firearm has been alluded to since LDSK, but seeing him blow away these targets with precision and unflinching aim was thrilling. It’s always a joy to see him excel in something he previously faltered at, and this was no exception. It set the tone for the seriousness of what he’s facing, and his ability to move forward, stronger.

When he thanks Emily for putting herself out on a limb for him and she responds “I know you, Spencer. That limb isn’t gonna break.”, we cheer. Even though he doesn’t seem too certain of his own strength right now, with her help, and that of the others, it feels like he’s going to get through this. It’s inspiring for me as a Reid fan, to see the writers continue to love him, get him, give him room, and remember the hero that he is. 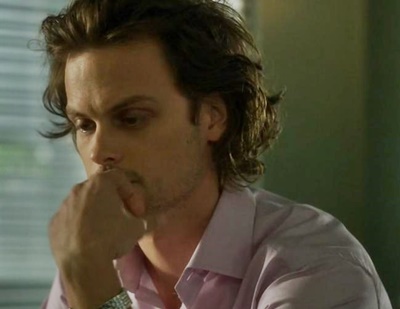 It was cool, too, that Prentiss got him that seminar gig, and that maybe we’ll get to see a glimpse of him teaching during his down time. I realize this was conceived as a creative way to explain MGG’s contractually-agreed upon absences, but maybe there’s time to shoot a few seconds of him at a chalkboard and podium (and maybe a meet-cute with another teacher on staff, perchance?). An Alex Blake reference would be nice, as well, seeing as how their previous academic interaction is canon.

So, the UnSub! Okay, we’ve seen his kind before – abandonment issues, evil grandma Deschanel (Really? How many of them are there?) voices telling him to kill people, hallucinations, mommy issues, etc… but the disposal method was awesome. Old suitcases?  What should’ve been anvillicious to our team was great fodder for Rossi’s “Hit the road, Jack” bon mot. This guy took his trigger seriously. Also he looked like Jake Gyllenhaal’s brother and that took me out of his story. I couldn’t feel compassion for this guy (except for having to grow up with THAT WALLPAPER) at all, he just seemed like this big loser from the get-go.

JJ categorized him as a “Charm & Harm” (hello episode title from season 1!) killer but I couldn’t help but notice there really wasn’t any ‘charm’ to be had. Then Tara calls him a “Bundy for the emo generation”, and I felt that was more accurate. Him targeting caregivers was clever, as he probably knew he didn’t have the skills to sweep them off their feet, so he could just play his scowly, forlorn act to lure them in.

Reid on the takedown was amazing (and we got to see him actually driving!). Consensus was that it was similar to his Samantha takedown in The Uncanny Valley, and his disarming of Owen in Elephant’s Memory. Two shining examples of Spencer’s patented empathy, at work.

Loved the scene with him, Luke, and JJ on the jet at the end. Anytime Spencer and JJ interact is pure gold for me, but that smile is always only for her. The “germaphobe” line wasn’t really necessary, and I felt they could’ve used the prison time reference to come up with a better ‘something that he’d learned’, like maybe a hyper-focus on his surroundings, or a new appreciation for sunlight… or something something (and here it’s evident why I’m not a CM writer!).

Anyway, this was a healthy offering following the stellar season premiere, and while there’s some reshuffling of episodes coming up in order to show respect for the victims of the Las Vegas massacre, I’m eager to see what they’ll serve up for the season. If the boxes of cases Matt wheeled into Emily’s office are any indication, our BAU will continue to have a plateful for at least the foreseeable future. 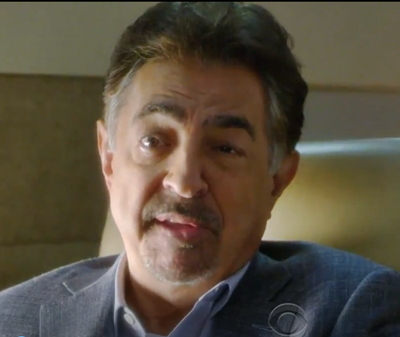 Everything Rossi said, especially “I have a face that middle-aged women can’t say ‘no’ to.”

Emily’s “Standing room only on that bus.”