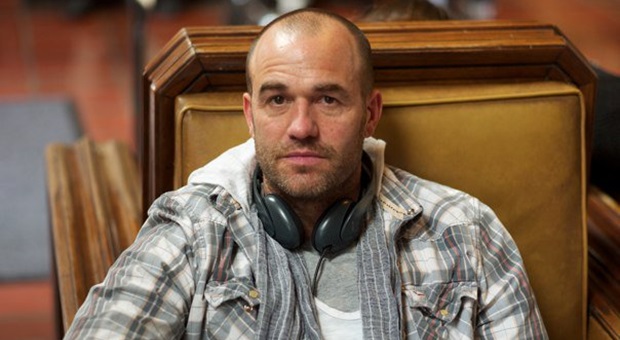 From how he got his start, to dining with “The Queen”, to his earliest memories of  “Quantico” which later became Criminal Minds, Simon sat down to share what it was like to be there from the beginning, and to frankly answer some burning questions about his six years as writer/producer/director on our show.

TJ: You’re a bit of a mystery to us fans, there isn’t much about you that is widely publicized. Can you start by telling us something about your background? Where did you grow up and how did your life path lead you to the television industry?

SM: Born and grew up in South London. Only child of a single parent family. My mom was a teacher. Left school when I was sixteen and worked in Botswana, Africa building roads after which I came back to the UK and did various jobs, until finally I wrote a true story about a close friend of mine. Later that story became a movie called Greenwich Mean Time. It starred amongst others Chiwetel Ejiofor. Greenwich Mean Time gave me an entry into British TV where I worked on various shows such as Casualty, Waking the Dead and Spooks/MI5. On Waking the Dead and MI5 I was lucky enough to have been a part of both shows from beginning, giving me valuable experience later on. 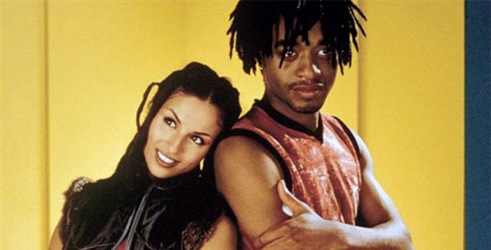 TJ: How did you come to write and produce for Criminal Minds?

SM: I was working for Ed Bernero on Third Watch when CBS offered Ed a chance to run a show called Quantico. I read the pilot and immediately recognized the profile part of the show. In Waking the Dead we had a criminal profiler who was based on a real female profiler who I’d met in London. She was an advisor on the show. I thought the profile scenes then lead by Gideon were interesting as they discussed the behavioral traits of the suspect in a way a US audience hadn’t heard before. And in discussing behavioral traits they were of course discussing characters. 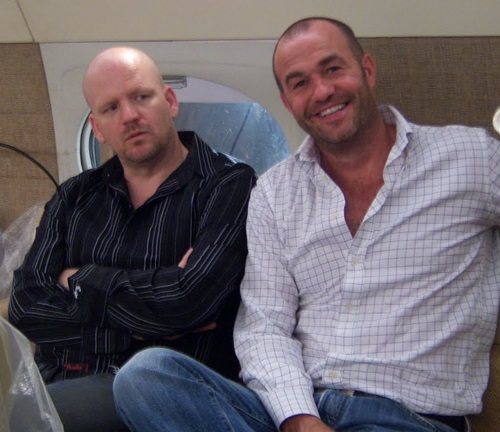 At this point in TV studios and networks would put writers in a box and call them procedural or character writers. In Criminal Minds I saw it as chance to have both. Ed asked if I would leave Third Watch and work with him on Quantico. Without hesitation I said yes. Later on the title Quantico was changed to Criminal Minds.

TJ: As one of the original shapers of our show and someone who is highly skilled at creating richly-drawn characters, how does your writer’s approach differ from the beginning when you have free reign to create a character, to later on, when the character is established? Is there a sense of responsibility to maintain some general character traits? At what point do you look upon a character as ‘established’?

SM: Originally CBS were reluctant to sign me up as they felt in myself and Ed they would have too many character writers on the show. At that point cable shows hadn’t really kicked it in yet and everything successful was procedural and mostly on CBS. CBS and ABC had identified former procedural writers of different ranks they wanted on the show. They didn’t want the stories leaning to heavily into character. By that I mean personal stories. Later that mix of experiences in the writers really helped shape, frame and tone the ambition of the show.

TJ:  Which character did you most identify with, if at all? Who was your favorite UnSub?

SM: I wrote for the show not for the individual characters. There were so many great UnSubs and continue to be. If I have to pick one, it was Alex O’Loughlin (Vincent from The Big Wheel). And I would say that because he’s my pal.

TJ: Mayhem and The Big Wheel are two of my favorite episodes of all time. They were vastly different from one another in pacing, tone, and scope, yet both were brilliant. What was the biggest challenge you faced in writing these two disparate episodes, and can you tell us your personal favorite?

SM: For me my favorite was more to do with the experience of producing the show and I was amazed at how great Chris Long was in directing the stunning cast of Riding the Lightning. It all came together really well. My name may be credited as the writer but it was without a doubt a team effort from all. 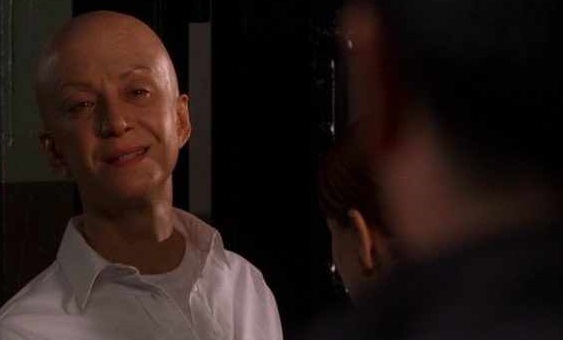 TJ: Assuming you still watch the show, were you satisfied with how Reid’s headaches were resolved (in season 8 with Maeve)? How would you have written it differently? Do you think they have been successful in maintaining continuity as a whole, or has there been a preponderance of retconning, in your opinion?

SM: To be honest I haven’t seen the show in a few years but from all that I hear from people that do and the crew, everyone seems very happy.

TJ: Was there any regret on your part in moving the characters away from their defined, specialized niches? As they started to overlap in their contributions, did it make it more difficult to write each character’s voice?

SM: Behavioral science evolved as did our characters within the show. So in a way it’s very reflective of the actual unit. As each case is investigated the separate skill sets are learned by all the team.

TJ: Which characters do you see as having the closest relationships? We know that you and Ed established early on that there would be no intra-team love connections. In retrospect, do you still consider that the correct decision? 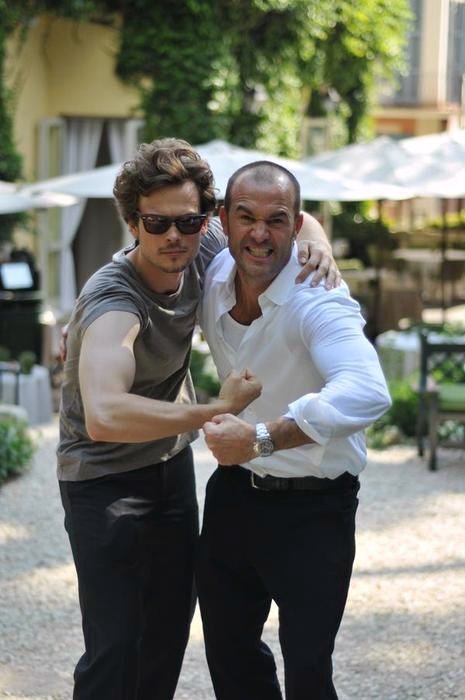 SM: We had to get the world the characters inhabited right before embarking on personal stories. I think the characters, the actors, the writers and the fans deserve to know more about the personal lives the longer the show goes on.

TJ: How difficult was the transition when Mandy up and left? Fans are angry that he’s badmouthed the show in the press. What was your reaction to his criticism?

SM: I think Mandy is an extremely committed actor that does all he can to immerse himself in any role he takes on. We all knew what we were getting into when we signed up to the show.

TJ: A major tonal shift took place beginning with season 6. A stronger focus on the UnSub, more gore, and less profiling were a few of the most noticeable changes that long-time fans found difficult to deal with, not to mention the shake-up with the writing staff and Paget’s and AJ’s firings. Can you share any insight as to what went on during this time, and are you also able to tell us once and for all the definitive reason you departed the show?

SM: Working on any show can be difficult. I spent more time with the cast and crew of Criminal Minds than I did with my friends at school. My mother would agree with that last comment. I was of course deeply troubled by the request for Paget and AJ to be written out. But when someone else is footing the bill and they want to shake the show up, then shake the show up is what happens. We knew at the time it wasn’t the right thing to do so we built an exit for both characters which meant they could come back. And they did. With style and grace. Leaving the crew of Criminal Minds was one of the hardest choices I have ever made in my life. Thankfully they are all still there and doing very well.

TJ: Are you surprised with the intensity level of continuing fan investiture in the show? Do Criminal Minds fans approach you often? If so, what do they say?

SM: Always how much they love the show.

TJ: As the 200th episode has come and gone, can you share with us a memory or two of the collaborative writing process during episode 100, considered by many to be one of the very finest moments of the series run? Did you have a feeling at the time that it was something special?

SM: We all knew 100 was going to be great. When we saw the first cut of Hotch on the phone in the car. It was breathtaking. TG knocked it out of the park.

TJ: Would you ever consider “guest writing” an episode of Criminal Minds? Maybe the series finale?

SM: Why? They are doing a better job than I did.

TJ: Are you still in touch with anyone from the show? Were there friendships that have lasted through the years?

TJ: What is one thing you miss most about being on Criminal Minds?

SM: I miss the crew.

TJ: As someone who spent six years with these people, these characters, how would you like to see our BAU end up? What would  you write for their endgame?

SM: They just get on a plane and take off. We are left wondering where they landed. No end game.

TJ: Tell us something about yourself that you are proud of, that very few people know.

SM: I’m proud of the people I worked with on Criminal Minds.

TJ: Dinner with Her Majesty the Queen, or dinner with President Barack Obama?

SM: Easy. The Queen. But then I have dinner with her at least fifty times a year as my aunt (Helen Mirren) played The Queen. 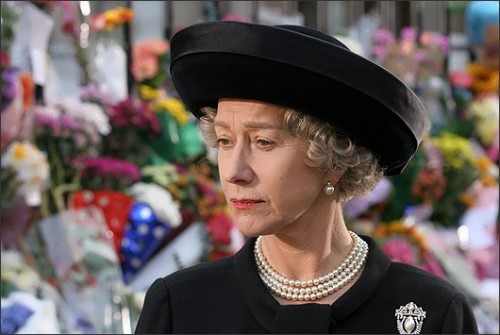 TJ: We know you are in France shooting “Versailles” at the moment for Canal Plus (French pay-tv network). Can you tell us a little about this project, and also what else we can expect to see from you?

SM: I am here in Paris now writing on Versailles and the story of how Louis XIV built what stands today as the most beautiful palace on earth. It’s beyond exciting to be a part of this epic event drama and I get to work with the stupidly talented David Wolstencroft who created Spooks/MI5 and more recently The Escape Artist. 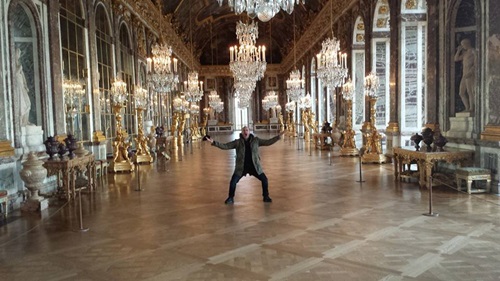 TJ: Is there anything you would like to add as a personal note to your fans who very much miss your excellent and unique contributions to Criminal Minds?

SM: There would be no Criminal Minds without the fans who especially during the writers strike were so supportive. It never ceases to amaze me how many fans there are around the world. I just met one, a writer called Abdel Raouf Dafri who wrote one of my favorite films, A Prophet. He told me he’d seen every single episode of Criminal Minds and continues to be a major fan. How could I ever tire of hearing how much Criminal Minds is adored!