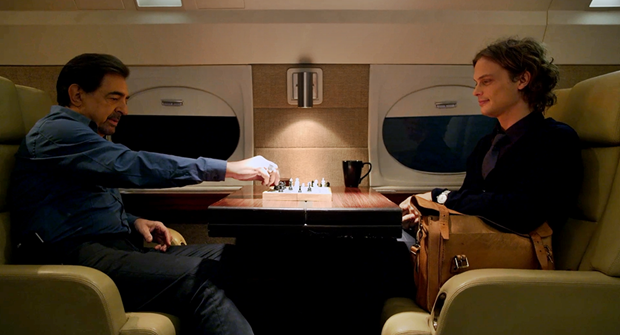 Sometimes I think the writers feel like we do, and they just wait for the chance to tell a story like this one. This is one of those times. Rick Dunkle has brought us a genuine old-school feel with this latest episode, and it is welcome, and well done.

This is not to say that I deride everything that came after season 5 – far from it. Some of my favorite episodes have been post-five, I just love it differently. I can appreciate how our team has grown, and that we’ve been privy to most of it. My fellow fans can have their objections, and I have mine (looking at you, The Forever People), but I keep watching because we still have our team, and there’s nobody like them on television.

But once in a while, Morgan gets to show us his bomb expertise (I really appreciate how Shemar slides effortlessly back into that, speaking with authority and precision – it’s one of my favorite things about Morgan’s skill set), JJ gets to interact and really make a difference with the families and boss the media around, Penelope gets to take a breather and get real about herself, Hotch gets to lead strong and decisively – the way we need him to, Rossi gets to do what he does best with the psychological suspect interviews, and Reid gets to not be a frozen robot and show some real, genuine emotion about the events that are right there, right at the forefront of what they are dealing with every day. When all these things are present within a single episode? That’s exceptional!

It was nice to see these things again, and all this season there have been scenes that hearken back to the roots of why we love these people, this team, this show. It’s really gratifying to realize that a lot of the things viewers want the most are being listened to by the writers, possibly even wanted by them too, and to see these moments woven into the fabric of the episode is a real treat to long-time watchers and newbies alike.

The discussion about the UnSub between Reid and Morgan in the SUV was great – a slowed down moment that seemed completely genuine and unforced, and shone a light on how well these heroes work together during the profiling, and how easily they share information with one another. It was a very, if I may, ‘Mulder/Scully’ moment in that it was unhurried, expositiony, expected the audience to listen to them, and to stay engaged. We did. 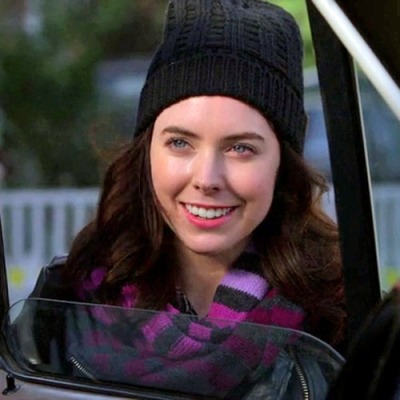 It also showed the playful side of Dylan Einstein, the Forensic Specialist whom I’m sure we’ll be seeing more of. Visual clues aside (she sure did wear a lot of ‘Reid’ purple, and isn’t it funny that Spencer’s mother loves Bob Dylan so very much…? Fully aware I could be reaching here, but they spotlighted her for a reason, and I speculate she’s either there for a credible love interest for Spencer down the road, or maybe as one of the new team on the spinoff), I’m looking forward to seeing where they go with her. She did mention Einstein was ‘the family name’, so were we to believe she’s a descendant? That would be cool.

Garcia’s glasses kept changing, and I loved the gray pentagons at the end (a clue, perhaps? Don’t ask me of what, though), and speaking of change, Reid seemed to be having trouble deciding on his footwear – in one scene he’s in his Converse, the next his wingtips. Minor quibbles, but Dunkle likes to insert little things like that to see if we catch it, and it left me wondering if they were deliberate or just a continuity error.

The UnSub was fine, I liked that he was just some screwed-up narcissist guy instead of a raging maniac, and I liked the secondary story as well. They reacted as real people would, and again, it was nice to see JJ in her role as family liaison once again. Kate and JJ work well together, especially when both get to show a little sarcasm.

The bookends with Rossi concerned over Spencer’s Gideon-grief were excellent. Well done by both actors and smoothly written. Matthew is at his very best when he allows Spencer to be vulnerable. On the jet when Rossi took his seat opposite Reid across Gideon’s old chessboard (which Reid had apparently pilfered somewhere along the way – when did we see it last? Season 3 when JJ found Spencer asleep in Gideon’s office?), my heart melted. The Rossi line “Who do you think he played before he met you?” was genuine, and since we’d just gotten an entire episode of Rossi/Gideon backstory in Nelson’s Sparrow, it rang true.

Larry Teng directed this one, and though he and Dunkle also teamed up for the divisive 200, there’s no such controversy here. Most fans thoroughly enjoyed this episode, and I count myself amongst them. Kudos to everyone who pulled together to make Hero Worship one of the A-list episodes of season 10.