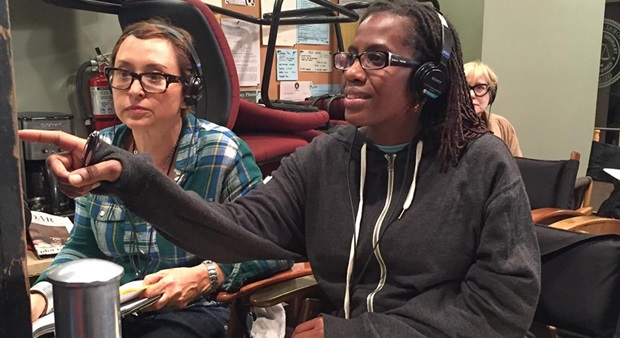 She’s been at the helm of Criminal Minds three times now, and shows no signs of slowing down. Her next episode is right on the heels of this one, 10×17, entitled “Breath Play”, and I hear it’s one to look forward to. Accomplished (and extremely busy) television and film director Hanelle Culpepper sat down to give us some insight into her latest offering, the appropriately titled “Scream”. Here’s what she had to say…

TJ: This episode was shot very tight on the actors. Was the “close-in” feel to this episode something you felt compelled to do because of the subject matter? Were you intending to create a claustrophobic sense in the viewer?

HC: I let the story guide the shot choices.  Because the character is OCD, and thus obsessed with the little details, I wanted to shoot it with a lot of ECUs.  Also with the opening, I was purposely delaying seeing him fully until we saw him outside. 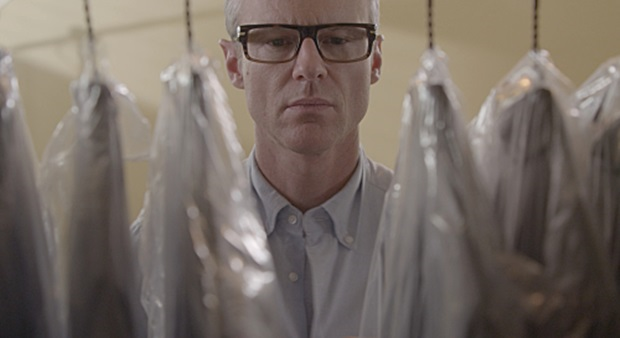 TJ: There’s been much made in the fandom of episodes that disclose the UnSub right away. From a directing standpoint, do you prefer keeping it a mystery and letting it unfold throughout the episode, or do you like showing the UnSub up front?

HC: I like keeping it a mystery and letting it unfold, especially if the story is told in that way.  In The Edge of Winter, the story was told in a different way, so it didn’t make sense to delay seeing the unsub.  In my next episode, 1017, I delayed it as well.

TJ: This episode reminded me of a horror movie in many ways. Since you’re a fan of the horror genre, what about it do you most enjoy bringing to a procedural like CM? How big a part does your choice of music set that mood, and how much leeway do you get with that?

HC: CM is great because you do get to create a mysterious, creepy, scary vibe that contrasts with the procedural world.  So it’s a chance to be cinematic and creative with your shot choices.  Some of those choices are edited away in the producer’s cut, and it hurts, but that’s the nature of television. The director has a lot of say in the music choices.  CM is good about respecting the director’s vision.  We temp our cut with score and then the composer creates something similar.  This episode had the key song that the unsub plays.  We wanted a song that contrasted with what was going on and with what he saw as a kid.  It took a while to find a song because of the subject matter and the licensing cost.  After proposing several well-known songs from artists like The Carpenters and Stevie Wonder, songs that were ultimately rejected because they were too expensive and/or the publishers would never give us permission, Kim and I ended up picking a song from a list the music supervisor sent us.  But after all that, they used a different song in the final air version.  I’m not sure why though.

The choice of opera was all me.  We tried various stuff and I suggested classical.  The asst. editor included an opera choice.  I’m not a big opera fan, so I balked at first, but then I realized how perfect it was.  His OCD life upstairs was sort of an opera, and the voice kind of “mimics” the screams.  So when he goes downstairs, the first thing you hear are the victim’s high pitch cries to echo the opera you just heard.  I definitely thought opera was a risky choice but worked so I went with it for my cut.  I was glad the producers loved it when they saw my cut.

TC: I loved that you showed the last victim fighting back – hitting the UnSub with a baseball bat, kicking him in the groin – so many times the victims are so helpless, but this woman, while she played along when she had no choice, still seized her moments when she found them and nearly escaped. What’s the most difficult part of shooting so many crazy angles and then making it cohesive and fluid from the viewer’s POV?

TJ: You’re an extremely busy director in television these days, I’m seeing your name everywhere! Do you have time to keep up with what the character arcs are on CM when you aren’t directing them? For instance, when JJ was fighting the UnSub, did you intend to have her continuing PTSD inform her hesitation?

HC: I do the best I can to keep up with CM because I like the show.  This fall I am way behind in all my shows and will binge watch during my break.  But no, I did not have that intention.  In fact, I kept telling Tommy that I wanted this fight to feel equal.  And I always hate fight scenes where people hesitate, especially when it’s multiple bad guys versus one good guy.  I think you are referring to the part when she’s on the ground?  She hesitates then because she sees that Kate is there even though we don’t know.  But if Kate hadn’t been there, I would’ve told Tommy to keep her moving.

TJ: How involved are you in the casting process and how do you know in your gut when you’ve found your UnSub?

HC: The directors are fully involved in the casting process.  It’s hard to answer part 2 because gut feelings are gut feelings.  You just know. Sometimes you see someone and something about him or her gives you a chill too.

TJ: Were there any scenes you had to cut that you wish you hadn’t, and can you elaborate?

HC: No scenes that I had to cut and wish I hadn’t.  I had cut Chris’ phone call at the end.  We shot that because the episode was running short.  I thought it was a good moment and Greg was funny, but it felt out of place and interrupted the creepiness of the final scene.  But they toned down the violence from the rest of the episode and needed to make up the time, so they brought the phone call back.  They also wanted to make it very clear that Chris was going to stay at the mall.

TJ: You’ve directed three episodes of Criminal Minds now, can you share with us your favorite? And can you give us any hints for what’s in store for 10×17? Do you know yet if you’ll be directing any episodes of the spinoff?

HC: I don’t have a favorite episode; I end up fully vested in every one I do.  It’s like asking a parent who’s their favorite child.  1017 is called “Breath Play” and has a 50 Shades of Grey thing going, very sexy episode.  I saw CM fans complained about how much UnSub was in this episode, so they may not be happy with 1017 either.  It has a lot of UnSub too.  I don’t yet know if I will be directing any episodes of the spin off.

TJ: As a fan site, I’d be remiss in not asking you for an anecdote from the set. What was the funniest thing that happened during filming? Who’s the funniest cast member?

HC: I’m terrible about anecdotes, I have such a bad memory for that thing.   The funny thing is that the fans really complained about the lack of certain cast members in episode 1015.  There are a lot of good reasons for that – scheduling problems, the cast all got sick at one point, Thomas had his episode to prep during 1015 and edit during 1017.  So a lot of those same complaints will come for 1017.  Someone will be missing from the profile… The funniest cast member would be a toss up between Matthew and Kirsten!

** If you’d like to know more about this noteworthy writer/director/producer HERE’S our interview from last year!